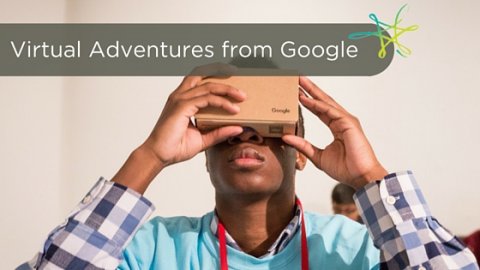 It’s difficult to get through a day in 2016 without using Google for something, whether you’re lost in an unfamiliar area, chatting with a friend, or in a heated argument with a colleague about exactly which actor was just nominated for an Oscar. Schools across the United States are no different in this regard. Google Apps for Education (affectionately known as GAFE) is quickly becoming as ubiquitous a feature in today’s learning institutions as pens and paper.

Google’s products are not only high quality, but free for schools, which is a draw for many, especially for those that are just beginning to integrate technology or incorporate blended learning courses. Whether due to a dearth of funding, a lack of immediate whole school buy-in, or insufficient administrator support, paid LMS products, software, and educational apps, are not always feasible options for teachers beginning to experiment with technology. Google Apps for Education is, and promises to always be, free - which allows schools to benefit from top of the line products without overspending.

Now, alongside the products that focus on helping things run smoothly in the classroom, Google has begun to break down the classroom walls, virtually, with a few newer tools aimed at getting students to explore the world outside, without ever leaving their seats.

Google Cultural Institute launched back in 2011 but has been slow to break into the school market. The goal of the project is to take culturally important materials like art and historical archives and make them easily accessible to everyone as well as preserve them digitally. By partnering with museums and institutions around the world, Google is able to bring amazing pieces to life on school computer screens around the world. Using the Art Project section of the Google Cultural Institute, an art teacher can take her students on a virtual tour of the Modern Art Museum in Manhattan to view high resolution images of the pieces and “stroll” through the exhibitions. A science class can take a look inside the collection of animal skulls at the California Academy of Sciences, viewing incredibly detailed 3D models of each. History teachers can send their students on an adventure through the Giza Necropolis where they can see the Great Pyramids and the Great Sphinx up close. 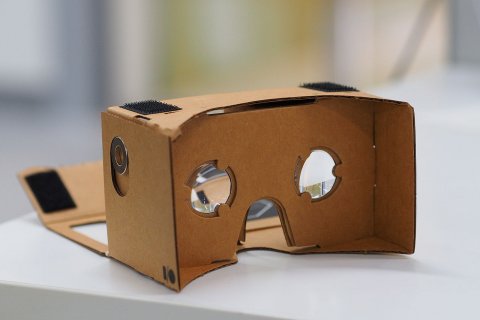 In 2015 we were introduced to Google Cardboard, a virtual reality (VR) mobile phone platform for use with a fold-out cardboard mount. Unlike the expensive commercial VR devices available on the market, Google Cardboard can bring immersive experiences to classrooms in an incredibly affordable and simple way. Teachers can buy class sets of cardboard viewers, or even have students fold their own using instructions available online. The added project of creating and personalizing your own viewing can add a Maker piece to the project that students are bound to be engaged by. Once set up, the viewers run by placing a phone with the Google Cardboard app (available for iOS and Android) inside and taking off on adventures! A few of the possibility students can experience with Cardboard are Titans of Space VR, which will take them on a surreal tour of our universe shrunk down to 1 millionth its size, Mars is a Real Place VR, a 50-image slideshow of stereoscopic images from the Martian landscape, and Discovery VR which has 360-degree videos of everything from shipwrecks on the ocean floor to the habitats of wild elephants.

Finally, the most recent educational venture from Google is Google Expeditions. Not yet available to the public, Google Expeditions is enjoying an exciting pioneer run at a few selected schools around the world and will be available publically after the testing phase. Expeditions is a virtual reality platform for tablets built specifically for the classroom. From work with content partners and teachers, Google has created dozens of journeys around the world that groups can take together with the teacher pointing out highlights and leading questions along the way. If you’re interested in bringing the Expeditions team to your school, you can learn more here.

This winter, if the cold is keeping you and your students indoors, consider exploring one of these exciting ways of getting out into the world without leaving the building!

Tatyana Dvorkin is Director, DigitalJLearning at The Jewish Education Project.