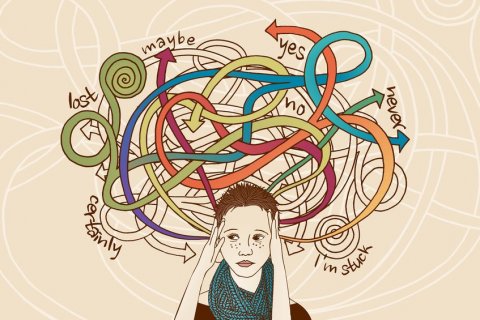 Presentations at the Network for Research in Jewish Education

Much has been written about the abundance of choice in today’s consumer oriented western world. In the era of the iPhone, multiplex cinema, and the sovereign-self much has also been discussed about the many choices Jews face in their lives. The simplistic, albeit plausible argument often posited, is that if more things were considered valuable by potential consumers then more people would opt into more Jewish activities. The result of such logic is that in recent years has there has been a proliferation of more Jewish activities in the marketplace for Jews to engage in. The net effect, which may or may not be accurate, is that more Jews are doing more types of Jewish things than ever before. And yet the Jewish community is still lamenting the number of people involved in Jewish life?

We believe it is necessary to make the distinction between the choices people have, and the decisions that people make. People have choices. People make decisions. Choices are passive nouns but decisions are active verbs. Organizations offer people choices. People make decisions about what they want to participate in. Choice is where you know the options, decisions are where you act upon those options. The Jewish community needs to continue offering people choices, but even more importantly, must assist people in making decisions.

Over the last year, The Jewish Education Project has embarked on several research studies that had their own rationales, objectives and discrete findings. Our presentation at the NRJE brings together four separate research projects commissioned and/or conducted by The Jewish Education Project spanning 3 often distinct age groups in Jewish education (0-5 yrs; youth; and teens).

Together this research will elevate issues surrounding who and why people are choosing Jewish education at various stages of their lives and what Jewish life we should be educating towards in the 21st century.

We also learned that institutions should not deride these decisions because in doing so they only serve to ensure that the next time a decision has to be made that the particular institution will be only further away from that person’s radar.

In that spirit, these presentations are also looking at ways in which an organization (The Jewish Education Project) has designed strategy that reflects the trends that the research has uncovered. In this way, we are also highlighting the often cited tension in Jewish education and engagement between “meeting people where they are at” and guiding people toward a particular educational vision.