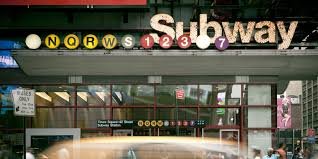 This year my wife and I decided to send Jonah, our six-and-a-half year old, to Jewish day school. As an atheist Jewish educator, I knew what to expect in the classroom and from the school. The conversations during the commute to school, on the other hand, have been unexpected and educational. Here’s just one of the many lessons I’ve learned from my young son.

One morning Jonah dropped a piece of trash on the ground. I asked him to pick it up and he did. He declared he felt sorry for God. “Why?” I asked. “Because God made such a beautiful world and people just go around dropping litter all the time.”

Like any Jewish educator, I wanted to continue the conversation, so I probed further. “So what does God look like?” I asked my son, who by this point moved on to look out the subway car windows. “God has really long arms and really big ears,” he said.

“So he can wrap them around all of the people in the world,” he answered as he counted the cars on the passing train.

“Because if all the people are praying at the same time, he needs a way to hear them all.”

We got off the train and continued our journey to school - a 6-year-old son, his dad and God.

One in a series from our inaugural Blog B'Omer.