Elevating Jewish Education in an Era of Hate 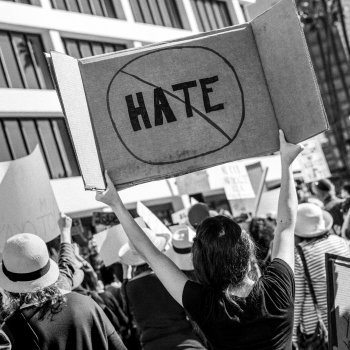 As the grandson of Holocaust survivors, I never thought I would have to write this article.

As an optimistic Jewish educator, I never wanted to write it.

As the new CEO of The Jewish Education Project, I never dreamed I would have to write it.

But with anti-Semitic incidents on the rise, and particularly, in the aftermath of the tragedies in Pittsburgh and Poway, Jewish educators and Jewish youth professionals cannot ignore the changing climate here in America and around the world.

This, however, is not going to be an article filled with scary numbers and photos of swastikas. It is, however, a call to Jewish educators and all of those who care about Jewish youth to better understand that, in this dark moment, we must remain true to the tenets of good educational practice. I believe the following educational principles, are more relevant than ever.

I understand American Jews’ personal fears at this moment in time. Yet, filtering these anxieties into our classrooms, youth groups, and summer camps is not going to be an effective pedagogy – not in the short-term and certainly not in the long-term. It is totally appropriate for Jewish educators to communicate to students that they are aware and concerned about rising anti-Semitism. However we cannot allow children to believe that their world is so saturated with violence that it paralyzes them. For growth to occur, human beings must understand their threats, but more importantly be engrained with the knowledge and skills to overcome threats.

We all know that people are motivated to do certain things because of external societal pressures. Educators understand that at a certain point, short-term change for a learner can only be solidified if it is linked to an intrinsic motivation – the person has to want to change. If we start allowing Jewish identity and education to be dictated by external forces like anti-Semitism, then we have no chance of long-term success.

Today’s younger generations are filled with many paradoxes, some of which manifest themselves in the very trends that define them as a generation. But it is precisely their ability to fluidly move between different versions of themselves that has lead some sociologists to label them as “Plurals.”

Over several years, The Jewish Education Project has uncovered many surprising trends in American Jewish life. You might agree with them or vehemently disagree with them –but as Jewish educators, ignoring these trends is to avoid the changing realities taking place before our very eyes.

Some of these trends, specifically amongst many Jews today, included in our latest GenZ Now research include:

I understand that people are alarmed and even scared because of the recent uptick in anti-Semitic incidents in the United States and beyond. Jewish education cannot be a place sounding only alarm bells and modeling defensive posturing. It must be a bastion of deep commitment to core educational values that ensure the positive development of our students, children,and grandchildren. If Jewish educators and educational institutions do this well amidst the rise of anti-Semitic hatred, the Jewish community will continue to thrive.

To explore the impact of anti-Semitism on Jewish education, subscribe to The Thought Experiment with Malka Fleischmann, Director of Knowledge and Ideas for The Jewish Education Project.

This piece was first published in eJewish Philanthropy and is posted with permission.