Skip to main content
Dec 9, 2019
By
The Jewish Education Project 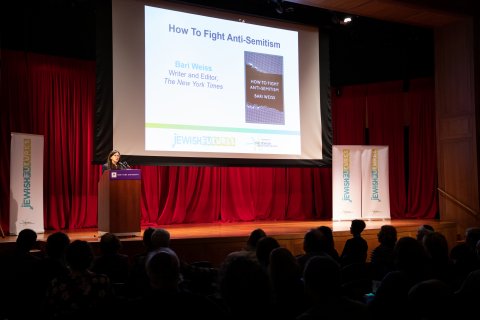 NEW YORK -- Over 300 Jewish educators and community leaders from across North America took on the role of student at The Jewish Education Project’s Jewish Futures Conference.

“With the rise of anti-Semitism in the United States and around the globe, it is imperative that Jewish educators have the tools and skills to discuss it with their students, who are the ones most impacted by this troubling trend,” said David Bryfman, CEO of The Jewish Education Project. “It is our obligation not to hide from the tough questions and challenges that lie before us. It is our opportunity and responsibility to engage in the necessary discussions that are critical today.” 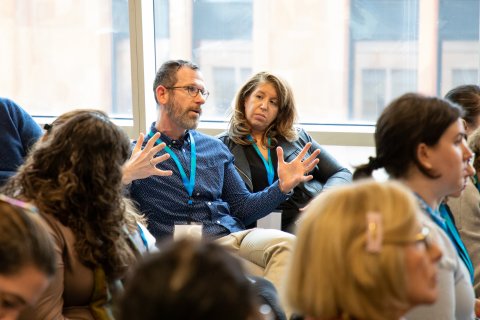 “It is not the job of Jewish educators to end anti-Semitism, nor would they be successful were they to try. It is, however, the job of Jewish adults—educators, parents and everyone else—to turn to Jewish children in times of fear and climates of hate to facilitate the development of proud identities and resilient, moral minds despite and in light of surrounding hostility and pain,” said Malka Fleischmann, Director of Knowledge and Ideas for The Jewish Education Project.

Bari Weiss, the author of How To Fight Anti-Semitism and a writer and editor for The New York Times, emphasized that Jewish educators must craft narratives that make students feel part of a larger Jewish story.

Throw out anything that doesn’t build literate, joyful, brave souls, that are capable of practicing real Ahavat Yisrael and real Tikkun Olam,” Weiss said. “We are counting on you. Our lives depend on it. I am so grateful for the lifechanging work that all of you do.”

“The Jewish Futures Conference is an incredible day filled with a sense of excitement, innovation, and possibility,” Bryfman said. “It is an amazing opportunity for anyone who cares about Jewish education to test their assumptions and ask difficult questions. It helps Jewish educators bring new ideas and a new sense of purpose to their schools and classrooms.” 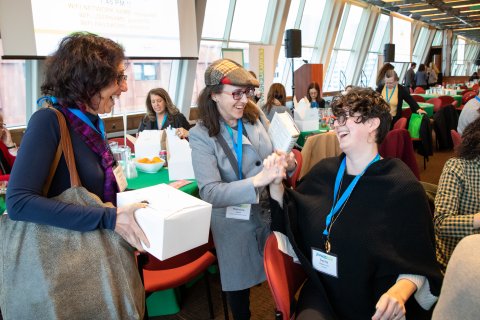