You Can't Snapchat with Us: Mean Girls in the Age of Technology 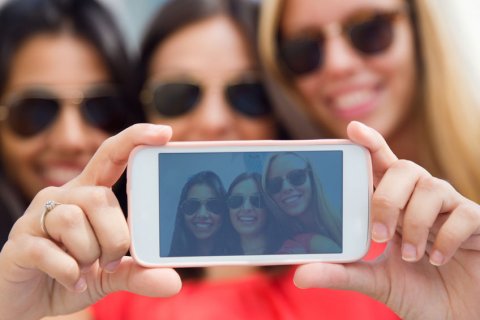 I have a confession to make. I have never seen the movie Mean Girls – even though I had my own teenagers and worked directly with teens in 2004 when the movie was released. I knew about the movie but never actually watched it. So when I finally watched it a few weeks ago, I somehow expected to be moved or shaken or impressed. Instead, I was disappointed and frankly confused at the hype of the movie.

Mean Girls is a comedy that depicts female high school social dynamics and the effects that bullying can have on young women. It’s pretty silly, especially in contrast to the pressures teens face today. They are Mean Girls, but they’re pretty benign. Their humiliations are simple, albeit unkind. No Facebook. No Snapchat. Even the kids who are unpopular have each other; they are not really isolated. They have their own table in the lunchroom and they actually talk to one another. So much has changed in the word of bullying since the movie’s debut in 2004.

Mean Girls is coming to Broadway in 2018. The show feels dated, despite the cruelty of the girls involved. The primary themes of bullying and peer pressure remind us how much these experiences have changed over the past 14 years. No longer face-to-face cruelty, no longer escapable, teens of today are followed by the opinions and pressures of literally everyone they know.

I began to wonder, is bullying simply part of the human condition, exacerbated by new technology and high expectations? Has every generation dealt with some form of antagonism? After all, even the Rabbis of the Talmud worry about gossip and jealousy. How can we relate to bullying in today’s technological world?

The greatest impact we can have on the teens we work with is through the simple power of real relationships.

We know that teens today feel more isolated and alone, that they are less secure and more unsure. We know that they set impossible goals for themselves and teeter on the edge of failure. And we know that ALL of them face issues of bullying, sometimes as victims and sometimes as bullies.

This is one of the pressures of 2018. Every generation has faced pressures – women in the workforce, AIDS, technological revolutions, growing openness to the LGBTQ community. How do we adapt to the pressures of today? Upstander anti-bullying campaigns, while laudable, just don’t have much impact. This seems particularly true, in our culture that rewards bullying and mockery. There is no question that we have seen an uptick in these behaviors during the current presidency.

How do we, caring and concerned adults, help teens of today navigate these pressures and become the humans we hope they will be in the face of often unrealistic expectations from parents, schools and friends?

The greatest impact we can have on the teens we work with is through the simple power of real relationships. Not through texting, not through Snapchat or Facebook. Our kids don’t have the relationship skills they need to feed their souls or develop self-esteem, which can make them more susceptible to bullying and its impacts – depression, isolation, and self-harm. But relationships are like muscles. If we practice face-to-face communication, teach empathy and support, offer love, and share in pain, we can strengthen our teens and give them the tools to respond to bullying. We can provide the key to positive self-image and a strong sense of self that remains untouched by external cruelty.

Dr. Betsy Stone will be a speaker at our Mean Girls on Broadway day of learning centered around teenage bullying and the many ways it manifests with teens today. Dr. Stone received her Doctorate in Psychology from Yale University. She is a psychologist and for the last fifteen years has served as an adjunct lecturer at Hebrew Union College - Jewish Institute of Religion. Her classes include Human Development for Educators, Adolescent Development and Teens In and Out of Crisis. She also teaches a family education class in her synagogue, Temple Sinai of Stamford, for 6th and 7th graders and their parents, and likes to travel and teach about teenagers and their families. Betsy’s book, "Happily Ever After," was published by Random House.