Responding to Parkland: Supporting our Students Through Grief and Activism

On February 28, 2018, just two weeks after the mass shooting at Marjory Stoneman Douglas High School in Parkland, Florida, that killed 17 students and faculty, The Jewish Education Project convened a critical and urgent, conversation and webinar, about how we can provide our students and youth with the emotional support that they need now, and to empower this generation to bring about the change they want to see in this world.

We have begun to gather selected resources (also linked above) for educators which will continue to be updated in the months to come.

The webinar was sponsored by: 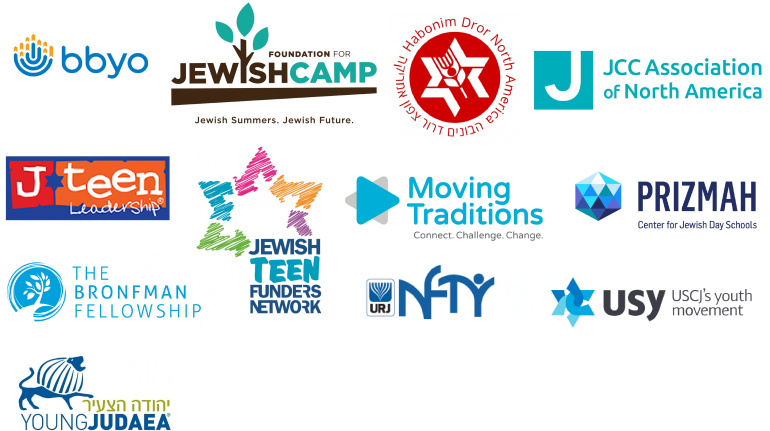 Simon Klarfeld, Executive Director of Young Judaea
An expert in the fields of experiential Jewish learning and informal Israel education, Simon has served as vice president of the Andrea and Charles Bronfman Philanthropies, executive director of Hillel at Columbia University and Barnard College, and as founding director of the Genesis program at Brandeis University. Early in his career, he was director of both the British and California Soviet Jewry movements, including serving “hard time” in the Soviet Union. Simon has consulted with organizations including iCenter, the Joint Distribution Committee and birthright Israel in communities ranging from Australia to Ukraine on best practices in youth engagement, informal education, Jewish peoplehood, and leadership. He received his Bachelor of Arts degree in Politics, Philosophy and Economics from the University of Keele in England and his Master’s degree in Jewish Communal Service from Brandeis University. Simon and his wife, Dara, have four children - Harry, Isaac, Sophie and Charlie.

Rabbi Melissa Zalkin Stollman, RJE, Congregation Kol Tikvah’s Director of Lifelong Learning, came to Parkland from New York City after serving her alma mater, Hebrew Union College-Jewish Institute of Religion (HUC-JIR) as the Program Coordinator of the Certificate in Jewish Education for Adolescents and Emerging Adults. Rabbi Stollman received Rabbinic Ordination from HUC-JIR in New York in May 2010. In 2008, she also received her Master’s Degree in Religious Education as part of a Mandel Fellowship. While in school, Melissa served as a rabbinic intern for Larchmont Temple, Larchmont, NY and Temple Sinai in Roslyn, NY. Taken from Kol Tikvah - continue reading here.

Dr. Betsy Stone received her Doctorate in Psychology from Yale University. She is a psychologist and for the last fifteen years has served as an adjunct lecturer at Hebrew Union College - Jewish Institute of Religion. Her classes include Human Development for Educators, Adolescent Development and Teens In and Out of Crisis. She also teaches a family education class in her synagogue, Temple Sinai of Stamford, for 6th and 7th graders and their parents, and likes to travel and teach about teenagers and their families. Betsy’s book, Happily Ever After, was published by Random House.

David Bryfman, Ph.D.
David is the Chief Innovation Officer at The Jewish Education Project. David completed his Ph.D in Education and Jewish Studies at NYU focusing on Jewish adolescent identity development and experiential Jewish education. He is also a graduate of the Wexner Graduate Fellowship Program and a current Schusterman Fellow. Prior to moving to New York, David worked in formal and informal Jewish education institutions in Australia, Israel, and North America. David's current work focuses on bringing innovative strategies and creative thinking to Jewish education.

Resource Guide
Responding to Parkland... and Beyond: Selected Resources
A resource guide for Jewish educators and youth professionals in the aftermath of the fatal mass shooting at Marjory Stoneman Douglas High School.
View Resource Guide
Webinar
Jewish Education in a Scary World
Resources for educators who want to engage their students in thoughtful, age-appropriate conversations around tolerance, baseless hatred, antisemitism, and standing up for what's right even when it's hard.
View Webinar