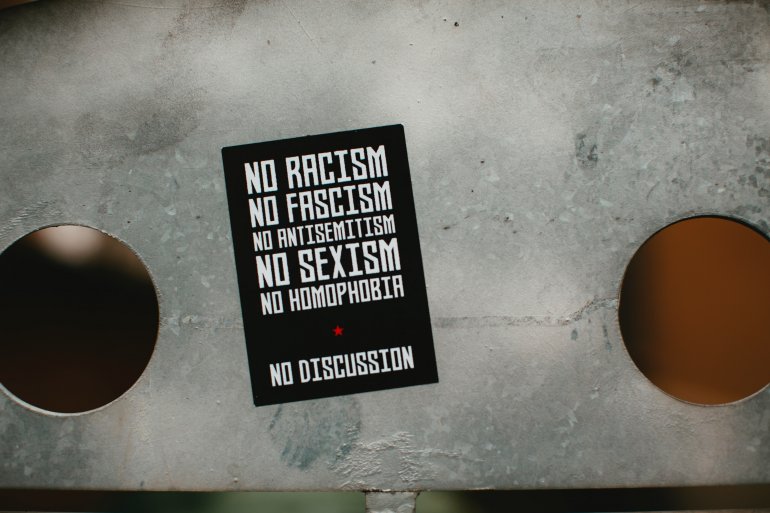 It feels completely reasonable to me that, along with the rise in anti-Semitism, there would be a rise in fear and anxiety. I get it. But something ought to change about our response.

A friend of mine once pointed out a kind of mental exercise she played whenever she was in a gathering of Jews: how long would it take before a Holocaust reference was made? When she first told me about it, I was a bit taken aback. “Really?!,” I asked, skeptically. “You’re telling me that, in every conversation you have, even with people two or three generations removed from the Holocaust, and even with people who may not have relatives who are survivors, the subject comes up?” She answered in the affirmative and then challenged me to pay closer attention to surrounding conversations to further test the point. Sure enough, she was and continues to be right.

It is astounding to notice how references to the Holocaust, Nazis, Hitler, WWII, Germany, etc. seep into conversation amongst Jews, regardless of age, religious observance, or political affiliation. These references are sometimes subtle, and at other times overt. The point, however, is that, for Ashkenazi Jews in particular, 75 years after the end of World War II, Jews continue to internalize and carry the trauma of the Holocaust in a way that shapes how we think and behave as Jews in America (and maybe throughout the rest of the world).

The story of the Jewish People is a “greatest hits” of anti-Semitic-filled trauma. As both a product of and service provider for many types of Jewish education, I know we have a rich, beautiful, deep, and grounded tradition and history with much to celebrate, but that’s not what is as profoundly felt or resonant with most people.

We tend to teach about Jews as victims: political pawns, economic transplants, always at the mercy and whims of the king, queen, sultan, tsar, lord, or governor under whom they had been invited to live. In fairness, that was true. America, though, has been a blessed anomaly of Jewish history, constructed from its inception as a refuge of religious freedom.

Admittedly, we are now at a political and historical crossroads. As long as the American experiment doesn’t totally collapse, Jews have a fighting chance of maintaining their place in society as valued citizens.

Standing up to protect religion, freedom, and justice is central to who we are as Jews. We should not slide into complacency when we see or experience prejudice. But viewing the world through the lens of victimhood no longer seems psychologically healthy or responsible.

What’s more, it’s exhausting. Living in a mental state wherein we think the world is always against us just because we identify as Jewish is an untenable way to relate to others. Asking the question, “But is it good for the Jews?” about the decisions one makes – even subconsciously – starts to build up “otherness” and may lead to growing gaps between Jews and different groups.

Moreover, to constantly see Jews as victims feels extremely misaligned with the very real privileges many American Jews have earned and received living in this country. Feeling both entitlement and victimhood at the same time can become unsettling and paradoxical.

I’m not suggesting we forget history, or assuming that people today have better attitudes or intentions towards Jews than in previous generations. We need to be educated about our past and aware of our present. But we shouldn’t default into the position that the world is out to get us. We cannot move on from a victim’s mentality until our lived experiences no longer supports the narrative of being a victim. In order for that to occur, we have to be open to build relationships with those who are different. That work can be uncomfortable and hard, but progress cannot happen otherwise. We must also stop educating and preaching from a place of fear.

Yes, anti-Semitism is real. Yes, we need to be aware of it and respond in a way that feels appropriate to our authentic selves. So, rally if that brings you a sense of strength. Go to therapy if that helps you feel less anxious. More importantly, VOTE!! However, we need to stop seeing ourselves as constant victims.

Hillary Gardenswartz is a Senior Project Manager for the Generation Now Fellowship at The Jewish Education Project.

David Bryfman
Elevating Jewish Education in an Era of Hate

Resource Guide
Pride and Prejudice: Educational Resources on Anti-Semitism
This Resource Guide includes articles, teaching resources, videos, and websites that have been selected in tandem with our 2019 Jewish Futures Conference 2019.
View Resource Guide