'For Which It Stands': My America 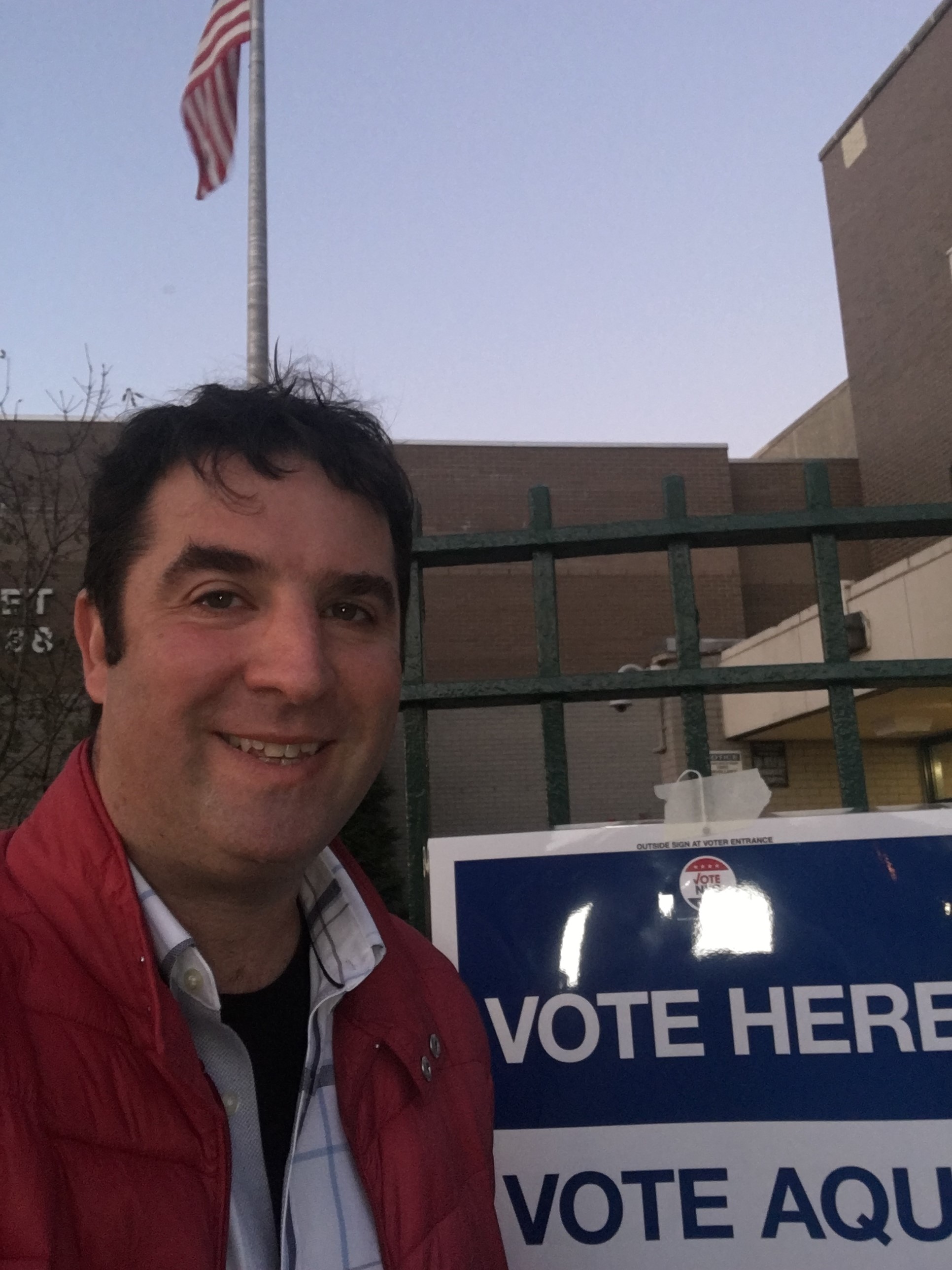 This post was originally published on The Times of Israel.

It was the night of November 8, 2016, and my wife and I went with friends to a packed bar in Brooklyn for what we anticipated to be a night of celebration. As the evening progressed and the election results didn’t quite go as the bar patrons expected, the comments started coming my way.

“At least you have citizenship to another country.”

“Are you packing up and taking your family to Australia?” where I’d called home until 15 years ago. “Can we come, too?”

Maybe those Brooklynites did seriously entertain the idea of fleeing the country that night. But one year later, the neighborhood bar doesn’t seem any emptier. And I’m partially to blame.

On November 9, I googled “applying for US citizenship.”

On November 11, I contacted an immigration lawyer.

From start to finish, it took me less than 10 months to become an American citizen. It didn’t hurt that I am white, English-speaking, married to an American, and living in the states for 15 years, while holding a doctoral degree from an American university. Considering the tenor of the conversation surrounding immigrants during the campaign—and subsequent actions to restrict immigration for others seeking entry to this country—the relative ease of my naturalization process has not been lost on me.

Join us for The Jewish Futures Conference on December 13 at the NYU Kimmel Center.

Since taking the Oath of Allegiance, I have been asked the same questions by many people. “Why would you want to become an American citizen?” and “Of all times, why now?”

Depending on the audience, the answer varies. As someone raising his children in the United States, I wanted to be able to participate in public discourse with authenticity—and as an insider. Simply put, I decided that if I am here, then I really want to be here.

That doesn’t mean it’s all been smooth sailing. While 10 months is a relatively short turnaround time, parts of the citizenship process felt confusing and even daunting.

At one point, I was asked to relinquish all loyalties to foreign powers. To be clear, I wasn’t asked to forgo my Australian passport—I am legally a dual citizen now—but I had to publicly assert that America would now come first.

Questions of loyalty, patriotism, and civic responsibility have obviously been a matter of great national interest over the last year. So have questions of political bias, “fake news,” and what are the “real” virtues that define American society. Where do we find answers that we can trust?

In the digital era, we have no shortage of places to explore different perspectives on these issues. We turn to media pundits. Social media turns to us. We turn to our friends and our colleagues. Many have turned to their spiritual leaders for guidance. Many of us hope for our politicians to lead, with mixed results. All of these, and others, are voices that rightfully ought to be contributing to the very fabric of the communities in which we all live.

My Jewish education colleagues have been asking as of late, what are we doing now to contribute to the civil society in which we all live? This might not seem like a radical question, but think about it for a moment. Jewish education has traditionally been understood as the process of transmitting Jewish knowledge and skills from one generation to the next, to help make more Jews and strengthen the Jewish community. And here we were asking a very different question: how can Jewish knowledge help people contribute to the strengthening of American society?

For Jewish education to be meaningful and relevant in today’s political climate, we must clearly commit to applying our tradition and wisdom to the greater society in which we live. To do this, we need to bring together voices—some familiar, others less so, who will push us to address the big questions that all Americans are being called to answer.

That’s not to say that Jews are unique in this challenge. If every faith- and values-based organization actively educated our youth towards these greater goals, imagine how much greater our society would be.

David Bryfman, Ph.D., is Chief Innovation Officer of The Jewish Education Project and founder of the organization’s Jewish Futures Conference. This year’s conference, “For Which It Stands: How Can Jewish Civics Education Elevate American Democracy,” will take place on December 13, presented in partnership with Lippman Kanfer Foundation for Living Torah.

Resource Guide
For Which It Stands: Civic Education Resources
The following articles, videos, website, initiatives, and webinars, have been selected in tandem with our Jewish Futures Conference 2017 tackling the question of How Can Jewish Civics Education Elevate American Democracy?
View Resource Guide
Video
For Which It Stands: Video Recordings
Not able to attend our Jewish Futures Conference on Civic Education? Attended, but want to review and share with others?
View Video